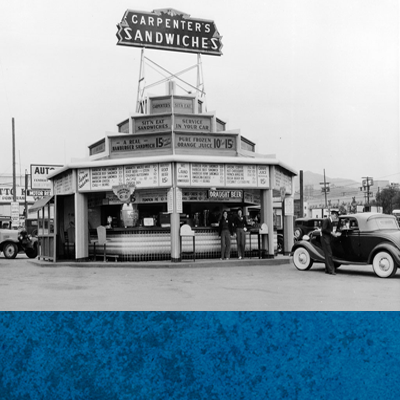 One of the earliest drive-in diners in Los Angeles was Carpenter’s Sandwiches opened in the 1920s. The family-run operation grew to seven locations in Hollywood and nearby districts of L.A. They were open 24 hours a day and featured hamburgers, Sit ‘N Eat sandwiches including sirloin steak and fried oyster, plus fried chicken.  For those who did not want the Ben Hur Delicious Drip Coffee or something from the soda fountain, beer was also available.